I was scanning old family photos from an album another family member gave to me years ago. This album has several pictures of members of the
CARTER family who came to Tippecanoe County, Ind. from Ross and Vinton counties, Ohio.

There was no name on this picture or on the album page so the man in the photo is unknown. Since it was taken in Chillicothe, Ohio, I am
presuming it is of a CARTER or possibly a HAYNES (Margaret CARTER md. Henry HAYNES). Information on Carter family is below the photo. Does anyone recognize this man? 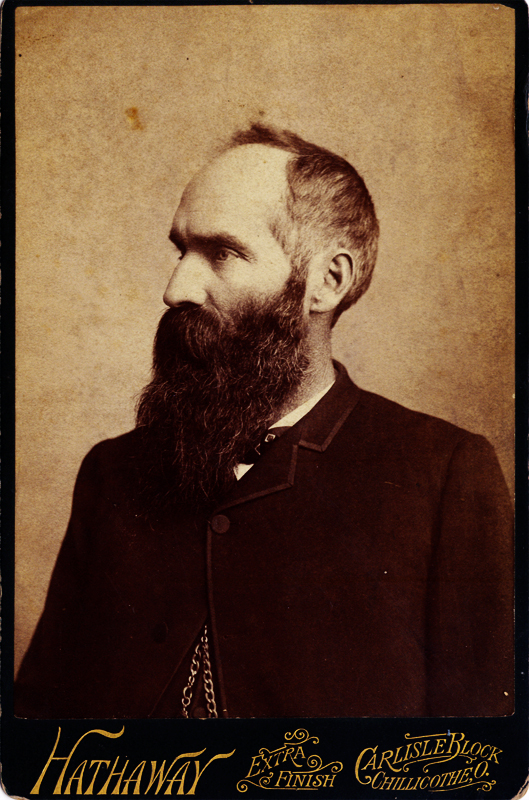